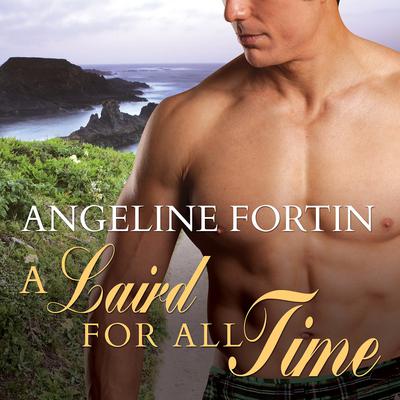 A Laird for All Time

The A Laird for All Time Series: Book 1

After ten long years of education and residency, Dr. Emmy MacKenzie decides that it's time for a much-deserved vacation. But when traveling the British Isles, a twist of fate at the gates of the ancient castle of Duart hurls Emmy more than a hundred years into the past and into the arms of a magnificent Highlander who thinks she is his long-lost wife, Heather MacLean.
The ten years since his new bride abandoned him on his wedding day have brought Connor MacLean, earl of Strathclyde, nothing but misery and bitterness, but that is nothing compared to the anger he feels when she shows up on the tenth anniversary of that day. Determined to punish her for the humiliations she dealt him, he is shocked when his wife insists that she is not his wife at all. Though he tries to cling to his anger, Connor cannot deny the attraction he feels for his mysterious wife, and soon he finds himself wanting nothing more than to take her in his arms and make her his.
When the truth of Heather MacLean's disappearance comes to light, more than just Connor's life could be destroyed. Choices will have to be made. Forgiveness begged. Second chances taken not just for the people of Duart but for Emmy herself.

Angeline Fortin is the author of the Questions for a Highlander series and five other novels. She earned a degree in US history from the University of Nevada, Las Vegas, and brings her love of history to the forefront of her novels.