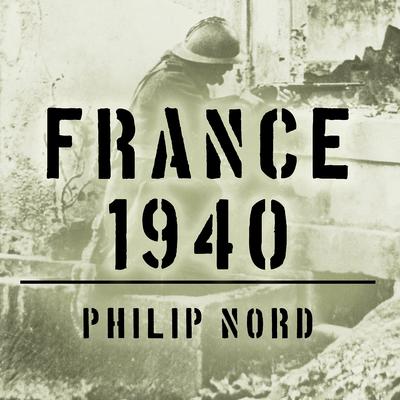 In this revisionist account of France's crushing defeat in 1940, Philip Nord argues that the nation's downfall has long been misunderstood. Nord assesses France's diplomatic and military preparations for war with Germany, its conduct of the war once the fighting began, and the political consequences of defeat on the battlefield. Ultimately, he finds that the longstanding view that France's collapse was due to military unpreparedeness and a decadent national character is unsupported by fact. Nord reveals that the Third Republic was no worse prepared and its military failings no less dramatic than those of the United States and other Allies in the early years of the war. What was unique in France was the betrayal by military and political elites who abandoned the Republic and supported the reprehensible Vichy takeover. Why then have historians and politicians ever since interpreted the defeat as a judgment on the nation as a whole? Why has the focus been on the failings of the Third Republic and not on elite betrayal? The author examines these questions in a fascinating conclusion.

Philip Nord is Rosengarten Professor of Modern and Contemporary History at Princeton University. He lives in Princeton, NJ.