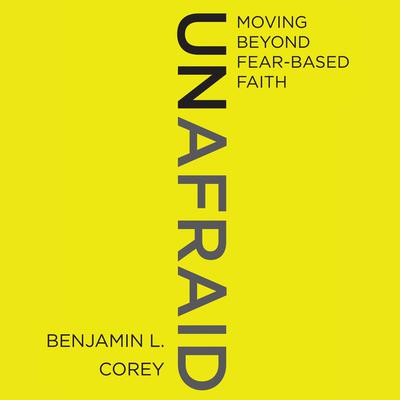 The popular Patheos blogger and a prominent figure within the Emerging Church Movement and Progressive Christianity explains how the "American Christianity" we are currently taught is actually a fear-saturated distortion of biblical faith.

Benjamin L. Corey thought he was suffering a crisis of faith, but it turned out to be a spiritual awakening.

Corey became aware that the constant fear of hell and judgment that defined his Christian faith was out of sync with the idea that God acts from love, and promises to deliver us from fear. In the wake of this realization came newfound insights—from reading the Bible to re-examining American life and the church's role in the wider world. Corey learned that what he had been taught was a distorted version of Christianity that was not only untrue but caused real spiritual harm.

He also discovered that he wasn’t alone. Many Christians are yearning to distinguish between the Christianity that has become a rigid American civil religion and the authentic Christian faith embodied in Jesus. As he recounts his own spiritual journey, Corey offers a powerful and inspiring message of hope for every Christian increasingly frustrated with the church today. Do not be discouraged, he assures them. You do not need to give up your faith; you can rediscover the reality of a vibrant Christianity that delivers us from fear and inspires and guides us all today.

“Shows you a way out of fear-based faith that doesn’t require you to lose your faith but, rather, to rediscover it as something bigger, better, and more alive.” —Brian D. McLaren, author of The Great Spiritual Migration 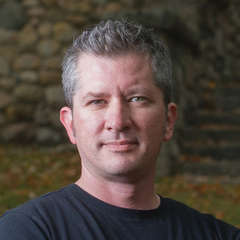 Dr. Benjamin L. Corey, is a provocative Christian author, speaker, and blogger. His articles are read by millions each year on platforms such as TIME, Patheos, and Sojourners, among others. He has been an interviewed guest on CNN, HuffPo Live, and repeated appearances on John Fugelsang. He is a two-time graduate of Gordon-Conwell and holds his doctorate from Fuller Theological Seminary. Connect at www.benjaminlcorey.com