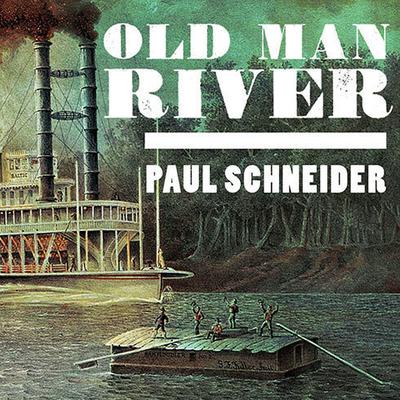 In Old Man River, Paul Schneider tells the story of the river at the center of America's rich history—the Mississippi. Some fifteen thousand years ago, the majestic river provided Paleolithic humans with the routes by which early man began to explore the continent's interior. Since then, the river has been the site of historical significance, from the arrival of Spanish and French explorers in the 16th century to the Civil War. George Washington fought his first battle near the river, and Ulysses S. Grant and William T. Sherman both came to President Lincoln's attention after their spectacular victories on the lower Mississippi. In the 19th century, home-grown folk heroes such as Daniel Boone and the half-alligator, half-horse, Mike Fink, were creatures of the river. Mark Twain and Herman Melville led their characters down its stream in The Adventures of Huckleberry Finn and The Confidence-Man. A conduit of real-life American prowess, the Mississippi is also a river of stories and myth. Schneider traces the history of the Mississippi from its origins in the deep geologic past to the present. Though the busiest waterway on the planet today, the Mississippi remains a paradox—a devastated product of American ingenuity, and a magnificent natural wonder.

With such an expert hand on the tiller, Old Man River is an astonishing journey. —Publishers Weekly Starred Review