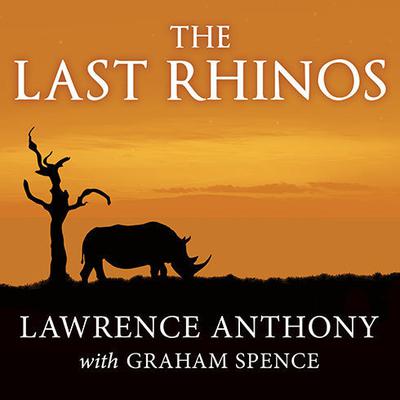 The Last Rhinos: My Battle to Save One of the World's Greatest Creatures

By Lawrence Anthony , with Graham Spence
Read by Simon Vance

When Lawrence Anthony learned that the northern white rhino, living in the war-ravaged Congo, was on the very brink of extinction, he knew he had to act. If the world lost the sub-species, it would be the largest land mammal since the woolly mammoth to go extinct. In The Last Rhinos, Anthony recounts his attempts to save these remarkable animals. The demand for rhino horns in the Far East has turned poaching into a dangerous black market that threatens the lives of not just these rare beasts, but also the rangers who protect them. The northern white rhino's last refuge was in an area controlled by the infamous Lord's Resistance Army, one of the most vicious rebel groups in the world. In the face of unmoving government bureaucracy, Anthony made a perilous journey deep into the jungle to try to find and convince them to help save the rhino. An inspiring story of conservation in the face of brutal war and bureaucratic quagmires, The Last Rhinos will move animal lovers everywhere.

Lawrence Anthony (1950–2012) was an international conservationist, explorer, and adventurer. An acknowledged African wildlife expert, his personal focus was the African elephant. He was a member of the esteemed Explorers Club of New York as well as the National Council of the South African Association for the Advancement of Science. He has been featured in the media, including Reader’s Digest, Smithsonian, Africa Geographic, Men’s Journal, and more.

Graham Spence is the author of The Apocalypse Chase and coauthor, with Lawrence Anthony, of The Last Rhinos and Babylon’s Ark.