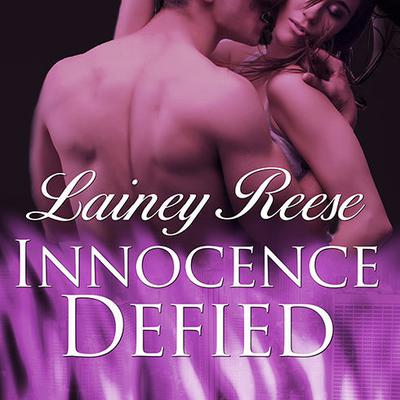 When business brings him to New York City indefinitely, Gage Hollister is sure that somewhere in this massive city, there must be a woman whose need to be dominated matches his thirst to dominate. But as his search through the local BDSM clubs drags on, he begins to doubt whether such a woman exists. When he's asked to chaperone his best friend's younger sister, who's on her first solo trip as an adult, he welcomes the distraction. Zoe Marshall has been in love with Gage forever, and has saved herself for him alone. Now, after careful planning and a bit of luck, she finally has the chance to show him she's all grown-up and ready to be his. Gage believes himself too old and jaded for an innocent like Zoe, but she is relentless in her innocent seduction, and soon his resistance crumbles. But as their love blooms, reality tackles their dreams. And in the aftermath, the choices they face will strain the bonds of friendship and family. Perhaps beyond repair.

Lainey is a gifted writer with a knack for writing characters with a great balance of depth, strength, and emotion. —Guilty Pleasures Book Reviews

Lainey Reese lives in charming Lake Stevens, Washington, with her husband and daughter. They reside as live-in personal slaves to a dog, three cats, two fish and a bird. The animals let her out to work only because they know the money she earns buys them food and chew toys. The one thing Lainey has always wanted to be is an author, even as a child pretending to be Dorothy wasn’t enough, she would pretend that she wrote The Wizard of Oz as well as starred in it.