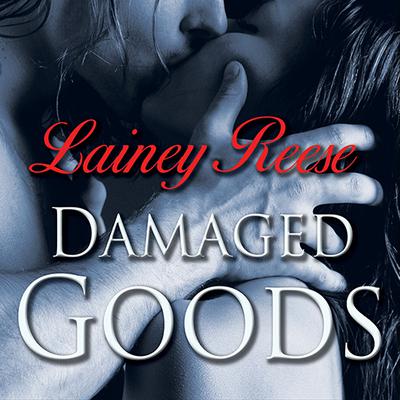 Homicide detective Brice Marshall's current case has him stymied and frustrated. A serial killer is slaughtering young women. After a long, fruitless day poring over the most gruesome evidence he's ever seen, he needs a break. Stepping into his cousin's BDSM club is a reminder that there is another part of himself. A part that has been left empty in a life ruled by work. The fact is, he's a Dom in search of a sub. When he bumps into Terryn, a slender redhead who's new to the scene, her wide-eyed eagerness even in the face of her nerves attracts him like gravity. Terryn is the sub of his dreams, with the power to ease his soul. Without warning the murder case reaches ugly tentacles into the most private part of his world—the woman he wants to claim as his own. The woman whose stubborn search for the delicate balance between sub life and independence could put her directly in the path of the killer.

Damaged Goods is an astounding addition to the New York series and well worth the wait. Lainey is a gifted writer with a knack for writing characters with a great balance of depth, strength, and emotion. —Guilty Pleasures Book Reviews

Lainey Reese lives in charming Lake Stevens, Washington, with her husband and daughter. They reside as live-in personal slaves to a dog, three cats, two fish and a bird. The animals let her out to work only because they know the money she earns buys them food and chew toys. The one thing Lainey has always wanted to be is an author, even as a child pretending to be Dorothy wasn’t enough, she would pretend that she wrote The Wizard of Oz as well as starred in it.