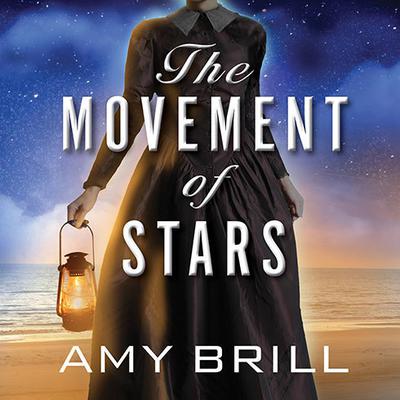 The Movement of Stars: A Novel

It is 1845, and Hannah Gardner Price has lived all twenty-four years of her life according to the principles of the Nantucket Quaker community in which she was raised, where simplicity and restraint are valued above all, and a woman's path is expected to lead to marriage and motherhood. But up on the rooftop each night, Hannah pursues a very different—and elusive—goal: discovering a comet and thereby winning a gold medal awarded by the King of Denmark, something unheard of for a woman. And then she meets Isaac Martin, a young, dark-skinned whaler from the Azores who, like herself, has ambitions beyond his expected station in life. Drawn to his intellectual curiosity and honest manner, Hannah agrees to take Isaac on as a student. But when their shared interest in the stars develops into something deeper, Hannah's standing in the community begins to unravel, challenging her most fundamental beliefs about work and love, and ultimately changing the course of her life forever. Inspired by the work of Maria Mitchell, the first professional female astronomer in America, The Movement of Stars is a richly drawn portrait of desire and ambition in the face of adversity.

Brill's realistic, poignant conclusion gives her appealing protagonist almost equal portions of happiness and sorrow, just as she has done equal justice throughout to the passions of the mind and the flesh. Probing yet accessible, beautifully written and richly characterized: fine work from a writer to watch. —Kirkus Starred Review
“Brill’s rich detail and research are hugely impressive; it’s easy to envision the scenes she sees.” —USA Today
“On Nantucket in the 1800s, Hannah Price struggles to obey her Quaker community while becoming an astronomer—her dream. Then exotic Isaac Martin asks to study with her, and she finds she has a lot to learn about love. Inspired by real-life astronomer Maria Mitchell, Brill’s Hannah lights the way, like a comet, for women whose minds and hearts lead them beyond boundaries.” —People
“In a Nantucket whaling town, Hannah, a twenty-four-year-old Quaker with a knack for navigation and an obsession with the night sky, teams up with an unintentionally controversial man who turns her world upside down.” —Marie Claire
“A young woman has her eyes opened to her community’s limitations—and her own—in…Brill’s strong debut…Probing yet accessible, beautifully written and richly characterized: fine work from a writer to watch.” —Kirkus Reviews (starred review)
“Brill has created a compelling and likable character in Hannah Price; it’s easy to root for her to find her comet and acknowledge her feelings for Isaac. Hannah’s search during a period of great discovery and advancement in astronomy, as well as her relationship with Isaac amid widespread abolitionist sentiments, adds up to a stirring historical drama.” —Booklist
“Brill’s debut raises thought-provoking questions on the limitations to achievement societies impose based on race, gender, or divergent beliefs. For readers of historical fiction, particularly those with an interest in science, who savor the unfolding of a character’s emotional and intellectual development.” —Library Journal

Amy Brill is a writer and producer who has worked for PBS and MTV, and has been awarded fellowships by the Edward F. Albee Foundation, the Millay Colony, and the American Antiquarian Society, among others. This is her first novel. She lives in Brooklyn.