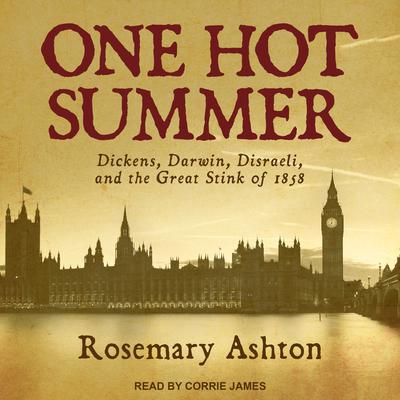 One Hot Summer: Dickens, Darwin, Disraeli, and the Great Stink of 1858

While 1858 in London may have been noteworthy for its broiling summer months and the related stench of the sewage-filled Thames River, the year is otherwise little remembered. And yet, historian Rosemary Ashton reveals in this compelling microhistory, 1858 was marked by significant, if unrecognized, turning points. For ordinary people, and also for the rich, famous, and powerful, the months from May to August turned out to be a summer of consequence.

Ashton mines Victorian letters and gossip, diaries, court records, newspapers, and other contemporary sources to uncover historically crucial moments in the lives of three protagonists—Charles Dickens, Charles Darwin, and Benjamin Disraeli. She also introduces others who gained renown in the headlines of the day, among them George Eliot, Karl Marx, William Thackeray, and Edward Bulwer Lytton. Ashton reveals invisible threads of connection among Londoners at every social level in 1858, bringing the celebrated city and its citizens vibrantly to life.

Ashton and James keep listeners focused on the significance of these events and capture the period with authenticity. —AudioFile