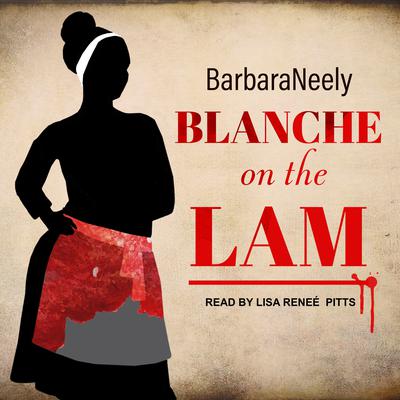 Blanche on the Lam

Winner of the Agatha Award

Winner of the Macavity Award

Winner of the Anthony Award

Blanche White is a plump, feisty, middle-aged African American housekeeper working for the genteel rich in North Carolina. But when an employer stiffs her, and her checks bounce, she goes on the lam, hiding out as a maid for a wealthy family at their summer home. That plan goes awry when there's a murder and Blanche becomes the prime suspect. So she's forced to use her savvy, her sharp wit, and her old-girl network of domestic workers to discover the truth and save her own skin. Along the way, she lays bare the quirks of southern society with humor, irony, and a biting commentary that makes her one of the most memorable and original characters ever to appear in mystery fiction.

“Blanche not only solves the crime but exhibits familiar foibles and strengths, believes in kitchen-table wisdom, and possesses a wicked sense of humor.” —Ms. Magazine
“Endlessly entertaining.” —Publishers Weekly
“Neely’s mysteries are layered with timely racial, social, and political issues seen through the eyes of her well-developed characters.” —BookTrib
“One of the best fictional detectives conjured up in years.” —Library Journal
“A quirky mystery debut that pits Blanche against a Faulknerian cast of oddballs who may be trying to kill each other off to claim a southern fortune.” —Kirkus Reviews
Neely's deftly written first novel pays tribute to the community and culture of a working-class African American woman who becomes both a sleuth and a fugitive from the law. —Publishers Weekly