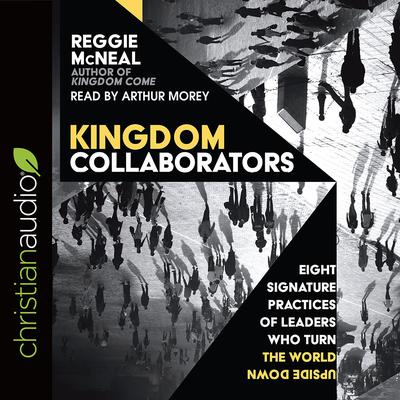 Kingdom Collaborators: Eight Signature Practices of Leaders Who Turn the World Upside Down

"These who have turned the world upside down have come here too," (Acts 17:6, NKJV). When Paul and Silas came to Thessalonica, they changed the community. How? By collaborating with God to bring his kingdom on earth. Will you collaborate on God's kingdom work in your community? If you're ready to see God move in all areas?business, education, media, arts, healthcare, spiritual growth, and more?this is the book for you. Leadership expert Reggie McNeal offers eight signature practices for leaders who want to partner with God and others for kingdom growth. Readers will gain practical advice to help people experience life as God intends.

Reggie McNeal currently serves as the missional leadership specialist for the Leadership Network of Dallas. He has over a decade of experience as a denominational executive and leadership development coach and has served in local congregational leadership for over twenty years, including being the founding pastor of a new church. He has lectured and taught as adjunct faculty for multiple seminaries and has served as a consultant to local church, denomination, and parachurch leadership teams. He lives with his wife and two daughters in Columbia, South Carolina.

Arthur Morey has won three AudioFile Magazine “Best Of” Awards, and his work has garnered numerous AudioFile Earphones Awards and placed him as a finalist for two Audie Awards. He has acted in a number of productions, both off Broadway in New York and off Loop in Chicago. He graduated from Harvard and did graduate work at the University of Chicago. He has won awards for his fiction and drama, worked as an editor with several book publishers, and taught literature and writing at Northwestern University. His plays and songs have been produced in New York, Chicago, and Milan, where he has also performed.