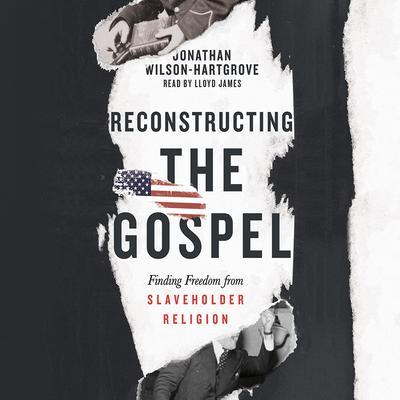 "I am a man torn in two. And the gospel I inherited is divided." Jonathan Wilson-Hartgrove grew up in the Bible Belt in the American South as a faithful church-going Christian. But he gradually came to realize that the gospel his Christianity proclaimed was not good news for everybody. The same Christianity that sang, "Amazing grace, how sweet the sound" also perpetuated racial injustice and white supremacy in the name of Jesus. His Christianity, he discovered, was the religion of the slaveholder. Just as Reconstruction after the Civil War worked to repair a desperately broken society, our compromised Christianity requires a spiritual reconstruction that undoes the injustices of the past. Wilson-Hartgrove traces his journey from the religion of the slaveholder to the Christianity of Christ. Reconstructing the gospel requires facing the pain of the past and present, from racial blindness to systemic abuses of power. Grappling seriously with troubling history and theology, Wilson-Hartgrove recovers the subversiveness of the gospel that sustained the church through centuries of slavery and oppression, from the civil rights era to the Black Lives Matter movement and beyond. When the gospel is reconstructed, freedom rings both for individuals and for society as a whole. Discover how Jesus continues to save us from ourselves and each other, to repair the breach and heal our land.

Jonathan Wilson-Hartgrove is a celebrated spiritual author and sought-after speaker. A native of North Carolina, he is a graduate of Eastern University and Duke Divinity School. In 2003 he and his wife founded the Rutba House, a house of hospitality where the homeless are welcomed into a community that eats, prays, and shares life together. He is also an associate minister at the historically black St. Johns Missionary Baptist Church. An evangelical Christian who connects with the broad spiritual tradition and its monastic witnesses, he is a leader in the New Monasticism movement. He speaks often about emerging Christianity to churches and conferences across the denominational spectrum, and he has given lectures at dozens of universities. He is a complier of the celebrated Common Prayer: A Liturgy for Ordinary Radicals and is the author of several books on Christian spirituality, including The Awakening of Hope, The Wisdom of Stability, and The New Monasticism.