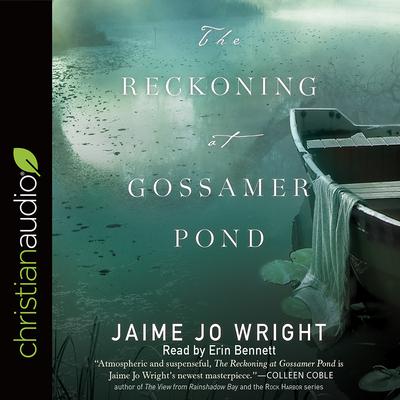 For over a century, the town of Gossamer Grove has thrived on its charm and midwestern values, but Annalise Forsythe knows painful secrets, including her own, hover just beneath the pleasant faade. When a man is found dead in his run-down trailer home, Annalise inherits the trailer, along with the pictures, vintage obituaries, and old revival posters covering its walls. As she sorts through the collection, she's wholly unprepared for the ramifications of the dark and deadly secrets she'll uncover. A century earlier, Gossamer Grove has been stirred into chaos by the arrival of controversial and charismatic twin revivalists. The chaos takes a murderous turn when Libby Sheffield, working at her father's newspaper, receives an obituary for a reputable church deacon hours before his death. As she works with the deacon's son to unravel the mystery behind the crime, it becomes undeniably clear that a reckoning has come to town--but it isn't until another obituary arrives that they realize the true depths of the danger they've waded into. Two women, separated by a hundred years, must uncover the secrets within the borders of their own town before it's too late and they lose their future--or their very souls.

Jaime Jo Wright is the Publishers Weekly and ECPA bestselling author of two novellas, and a human resources director by trade. She lives in Wisconsin with her husband and two children. The House on Foster Hill is her debut novel. To learn more, visit jaimewrightbooks.com.