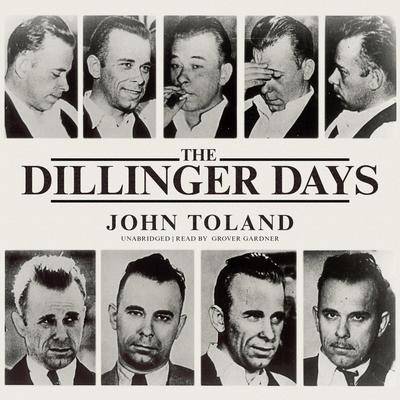 For thirteen violent months in the 1930s, John Dillinger and his gang swept through the Midwest. The criminals of the Depression robbed almost at will, as the Indiana State Police had only forty-one members, including clerks and typists. Dillinger’s daring escapes at Crown Point jail or through the withering machine gun fire of FBI agents at Little Bohemia Lodge, along with his countless bank robberies, excited the imagination of a despondent country. He eluded the lawmen of a half-dozen states and the growing power of the FBI, earning him the dubious honor of Public Enemy Number One and captivating Americans to the present day.

His brief but significant career is vividly chronicled here in extraordinary detail, as is the entire outlaw era of Baby Face Nelson, Bonnie and Clyde, Ma Barker, and Machine Gun Kelly. John Toland conducted hundreds of interviews; his research took him through thirty-four states, into the cells where Dillinger was confined, and into every bank he robbed.

The Dillinger Days is the inside account of a desperate and determined war between the law and the lawless, a struggle that did not end until a unique set of circumstances led to Dillinger’s bloody death outside a Chicago movie house.

“America always has had a fondness for turning her criminal cases into happy legends, including John Dillinger…[But he] has just run into a roadblock in the form of a careful historian and terrier-like researcher named John Toland. In The Dillinger Days he is pinned down, likely forever, to no more than life size.” —New York Times Book Review