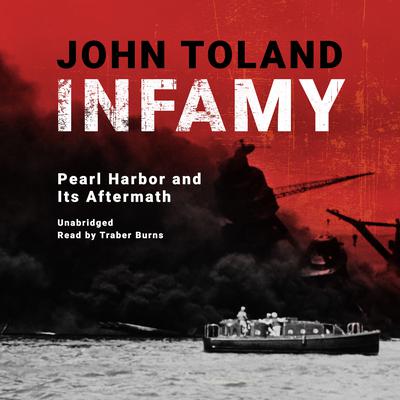 Infamy: Pearl Harbor and Its Aftermath

A revealing and controversial account of the events surrounding Pearl Harbor

Infamy reveals the conspiracy to cover up the facts and find scapegoats for the greatest disaster in United States military history.

“The controversial, bestselling investigation of the events surrounding Pearl Harbor acclaimed as “a shocking account of judgments distorted by politics and career hunger and racism…fascinating reading.” —Los Angeles Times
“Reads almost like a top-notch suspense novel.” —Fresno Bee (California)
“John Toland has been fearless in his pursuit of truth…Infamy is not only readable and suspenseful; it is probably his most controversial book to date.” —John S. D. Eisenhower, brigadier general, US Army (Ret.)