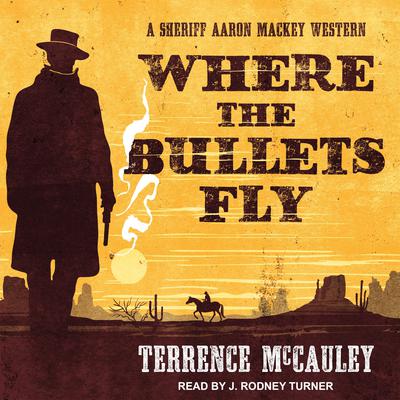 Where the Bullets Fly

If anyone can smell an investment opportunity, it's railroad men and big city bankers. They're not the kind of folks that Sheriff Mackey is used to dealing with. But greed is greed, and if anyone knows how money can drive men to murder, it's the sheriff of a boomtown like Dover Station. But when Mackey is forced to gun down a pair of saloon rats, it brings a powderkeg of trouble—with a quick-burning fuse of vengeance named Alexander Duramont. This bloodthirsty psychopath wants to kill the sheriff for killing his buddies. And he plans to get his revenge using a highly combustible mix of fire, fear, and dynamite . . .

Mackey's not sure how he's going to stop this blood-crazed lunatic. But it's going to be one heck of an explosive and very violent showdown . . .