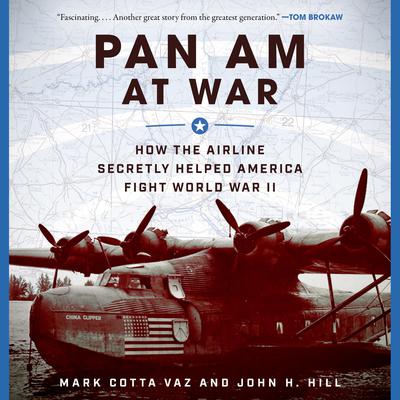 Pan Am at War chronicles the airline's historic role in advancing aviation and serving America's national interest before and during World War II. From its inception, Pan American Airways operated as the "wings of democracy," spanning six continents and placing the country at the leading edge of international aviation. At the same time, it was clandestinely helping to fight America's wars.

Utilizing government documents, declassified Freedom of Information Act material, and company documents, the authors have uncovered stories of Pan Am's stunning role as an instrument of American might. They detail the airline's role in building air bases in Latin America and countering Axis interests that threatened the Panama Canal; the dangerous seventeen-thousand-mile journey that took President Roosevelt to the high-stakes Casablanca Conference with Winston Churchill; the daring flight that delivered uranium for the atomic bomb; and more.

Filled with larger-than-life characters, and revelations of the vision and technology it took to dominate the skies, Pan Am at War provides a gripping unknown history of the American Century.

Mark Cotta Vaz is the author of such New York Times bestsellers as The Art of Star Wars Episode II: Attack of the Clones and Behind the Mask of Spider-Man. Living Dangerously is his nineteenth published book. His other works include the critically acclaimed The Invisible Art: The Legends of Movie Matte Painting (co-authored with filmmaker Craig Barron), which won the Theatre Library Association of New York Award for outstanding book on film in 2002 and the United States Institute for Theatre Technology’s Golden Pen Book Award. More recent projects include a first novel and a history of the segregated units of World War II.

John H. Hill has worked in the museum field for more than thirty-five years, first at Laguna Art Museum, and at SFO Museum since 1986. At SFO Museum he curates exhibitions, develops collections on the history of commercial aviation, and oversees the operation of the San Francisco Airport Commission Aviation Library and Louis A. Turpen Aviation Museum. Hill is also a board member of the Pan Am Historical Foundation. He lives in San Francisco, California.