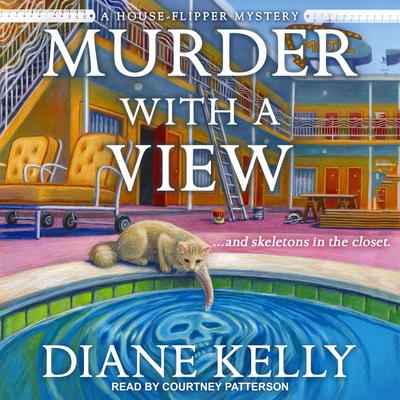 Murder With a View

Carpenter Whitney Whitaker, her cousin Buck, and guard-cat Sawdust just scored a hot property near downtown Nashville in a tax sale. While the Music City Motor Court might not be much to look at now, the two plan to transform the motel's twelve units into six one-bedroom condominiums with popular mid-century styling. But surprises await when Whitney discovers a squatter living in Room 9 and Sawdust uncovers a body in the bed next door.

The murder victim is none other than Beckett Morgan, an up-and-coming country-western singing sensation who's taken Nashville by storm with his number-one hit "Party in the Pasture." Beckett's left a long trail of broken promises and broken hearts, and the list of suspects seems endless. So does the line of female fans intent on halting the flip and turning the construction site into a shrine for the deceased star. If Whitney and Buck don't help Detective Collin Flynn nail the killer, they'll never be able to clear out the star-obsessed groupies, complete the remodel, and recoup their investment. But just who silenced the singer and why?