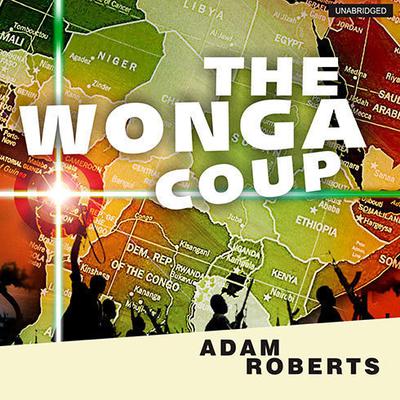 The Wonga Coup: A Tale of Guns, Germs and the Steely Determination to Create Mayhem in an Oil-Rich Corner of Africa

Equatorial Guinea is a tiny country roughly the size of the state of Maryland. Humid, jungle covered, and rife with unpleasant diseases, natives call it Devil Island. Its president in 2004, Obiang Nguema, had been accused of cannibalism, belief in witchcraft, mass murder, billion-dollar corruption, and general rule by terror. With so little to recommend it, why in March 2004 was Equatorial Guinea the target of a group of salty British, South African and Zimbabwean mercenaries, traveling on an American-registered ex-National Guard plane specially adapted for military purposes, that was originally flown to Africa by American pilots? The real motive lay deep below the ocean floor: oil. In The Dogs of War, Frederick Forsyth effectively described an attempt by mercenaries to overthrow the government of Equatorial Guinea - in 1972. And the chain of events surrounding the night of March 7, 2004, is a rare case of life imitating art-or, at least, life imitating a 1970s thriller-in almost uncanny detail. With a cast of characters worthy of a remake of Wild Geese and a plot as mazy as it was unlikely, The Wonga Coup is a tale of venality, overarching vanity and greed whose example speaks to the problems of the entire African continent. .

“A remarkable piece of reporting told in lucid prose. As in so many African stories, no side emerges unsullied.” —Entertainment Weekly
“Draws a convincing picture of wholesale corruption and brutality on the part of the country’s ruling class.” —New York Times
“A real-life pulp thriller, sardonic, riveting.” —Dallas Morning News
“Roberts’s account dutifully traces the paper trail of this ‘rent-a-coup,’ which implicated associates including [Margaret Thatcher’s son]." —New Yorker
“The book gets inside the world of African mercenaries, arms suppliers, and intelligence traders.” —Seattle Times
“The most terrifying thing about this chronicle of a failed coup attempt in Equatorial Guinea is that it’s not a Graham Greene novel but a true story…[This] irresistibly lurid tale is peopled with bellicose profiteers, particularly of the neocolonialist sort from Europe and South Africa, with long histories of investment in oil, diamonds, and war-for-profit…He lifts the curtain to the backrooms of power in postcolonial Africa.” —Publishers Weekly (starred review)
“The story is convoluted, but Roberts and narrator Simon Vance play it out slowly, so it’s fairly easy to follow. Vance is solid as narrator, varying his pace to fit the mood of events in the story. He modulates his voice effectively, adding just the right note of incredulity to some of the outrageous actions by the plotters.” —AudioFile