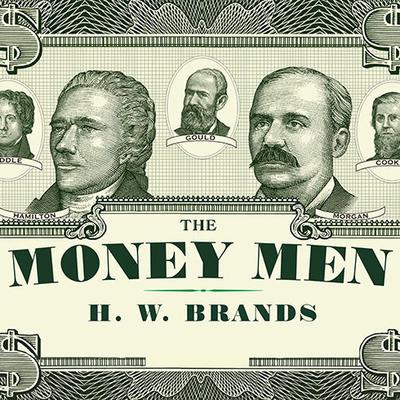 The Money Men: Capitalism, Democracy, and the Hundred Years' War over the American Dollar

From the first days of the United States, a battle raged over money. On one side were the democrats, who wanted cheap money and feared the concentration of financial interests in the hands of a few. On the other were the capitalists who sought the soundness of a national bank—and the profits that came with it. In telling this exciting story, H. W. Brands focuses on five "Money Men": Alexander Hamilton, who championed a national bank; Nicholas Biddle, whose run-in with Andrew Jackson led to the bank's demise; Jay Cooke, who financed the Union in the Civil War; Jay Gould, who tried to corner the gold market; and J. P. Morgan, whose position was so commanding that he bailed out the U.S. Treasury. The Money Men is a riveting narrative, a revealing history of the men who fought over the lifeblood of American commerce and power.

H. W. Brands has written more than a dozen biographies and histories, including the The General vs. the President, a New York Times bestseller. Two of his biographies, The First American and Traitor to His Class, were finalists for the Pulitzer Prize. He holds the Jack S. Blanton Sr. Chair in History at the University of Texas at Austin.