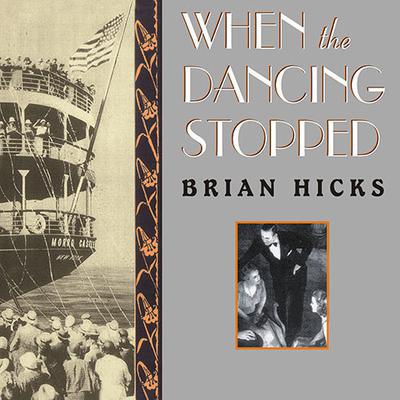 When the Dancing Stopped: The Real Story of the Morro Castle Disaster and Its Deadly Wake

In the bestselling tradition of The Devil in the White City, award-winning author Brian Hicks tells the explosive story of the Morro Castle-the elegant luxury liner that burned off the coast of New Jersey in 1934. On September 7, 1934, the captain of the luxurious Ward Line flagship Morro Castle died under mysterious circumstances seven hours before his ship caught fire off the New Jersey coast. Much of the crew abandoned ship, leaving passengers to burn or jump into the sea as a hurricane approached and literally fanned the flames. The ship was incinerated, and 134 people perished. Using hundreds of previously classified FBI reports, first-person survivor interviews, and countless documents, Brian Hicks has written-and solved-a murder mystery that mesmerized the nation more than seventy years ago. Told with authentic period detail and true-crime excitement, Hicks determines that the ominous weather was not the cause for the ship's burning. After reading Hick's deeply researched epic, we can only conclude that the disaster was the work of a madman among the crew. Hicks creates a finely drawn portrait of Depression-era America. Perfect for history buffs and adventure enthusiasts, When the Dancing Stopped is nonfiction narrative at its best. "A suspenseful, highly satisfying read."—Kirkus Starred Review "...the book is a riveting account of this tragedy..."—Booklist