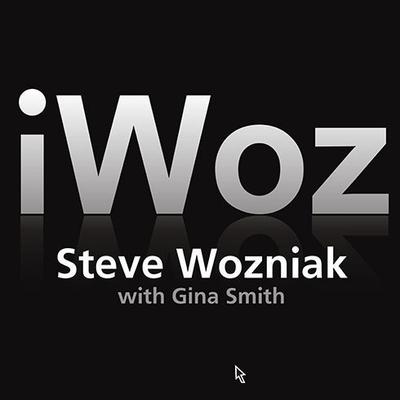 iWoz: How I Invented the Personal Computer and Had Fun Along the Way

By Steve Wozniak with  Gina Smith
Read by Patrick Lawlor

The mastermind behind Apple sheds his low profile and steps forward to tell his story for the first time. Before cell phones that fit in the palm of your hand and slim laptops that fit snugly into briefcases, computers were like strange, alien vending machines. They had cryptic switches, punch cards and pages of encoded output. But in 1975, a young engineering wizard named Steve Wozniak had an idea: What if you combined computer circuitry with a regular typewriter keyboard and a video screen? The result was the first true personal computer, the Apple I, a widely affordable machine that anyone could understand and figure out how to use. Wozniak's life-before and after Apple-is a "home-brew" mix of brilliant discovery and adventure, as an engineer, a concert promoter, a fifth-grade teacher, a philanthropist, and an irrepressible prankster. From the invention of the first personal computer to the rise of Apple as an industry giant, iWoz presents a no-holds-barred, rollicking, firsthand account of the humanist inventor who ignited the computer revolution.

“At last, Mr. Wozniak gets the stage all to himself [in a] chatty memoir full of surprises…He reveals a technology pioneer more charming—and whose life is more poignant—than we expected.” —Wall Street Journal
“iWoz is the story about a man filled with curiosity and drive…And it’s about never forgetting what makes a person happy in life and never forgetting one’s dreams.” —USA Today
“One can’t help getting caught up in [Wozniak’s] excitement…Wozniak learned to ‘think differently’ long before the company he helped found ever started using that phrase in a marketing campaign.” —New York Times Book Review

Steve Wozniak has been inducted into the Inventors Hall of Fame and has received numerous awards, including the National Medal of Technology and the Heinz Award. He lives in California.

Gina Smith is a technology and science journalist and author. She is the author of The Genomics Age, which Barron’s named one of the top twenty books of 2005. Gina was the first technology correspondent for ABC News, and she has made several appearances on Good Morning America and World News Tonight with Peter Jennings. From 1990 to 2000, she authored “Inside Silicon Valley,” an award-winning column in the San Francisco Sunday Chronicle.