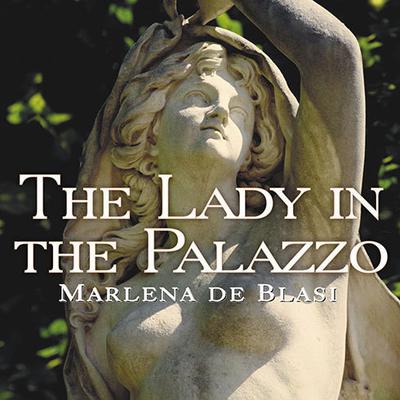 The Lady in the Palazzo: At Home in Umbria

From village feasts and rustic tavernas to ancient piazzas and moonlit balconies, the smells and tastes and sounds and soul of Umbria come alive in bestselling author Marlena de Blasi's evocative memoir. By turns romantic and sensual, joyous and celebratory, touching and humorous, Marlena de Blasi's account of moving with her husband, Fernando, to Orvieto, the largest city in Italy's Umbria, will appeal to anyone who delights in travel and shares the fantasy of beginning a new life in a very different place. It is a tale of the couple's search for the right home-which turns out to be the former ballroom of a fifteenth=-century palazzo-and the right balance in their lives, in this case making friends of cooks, counts, shepherds, and a lone violinist. It is a tale, too, of an American woman finding her niche in a society bound by tradition and seemingly closed to outsiders. With a voice full of wonder, de Blasi brings to life these engagingly quirky people and the aloof, almost daunting society that exists in Umbria. Not since Peter Mayle's A Year in Provence has a writer so convincingly captures the essence of a singular place and created a feast for readers of all stripes. "Vivid writing and an affectionate appreciation of the sounds, scenes and flavors of Italy."—Publishers Weekly

Marlena de Blasi, who has worked as a chef and food and wine consultant, lives in Italy, where she assembles and conducts gastronomic tours of the various regions. She is the author of three previous memoirs, A Thousand Days in Venice, A Thousand Days in Tuscany, and The Lady in the Palazzo.