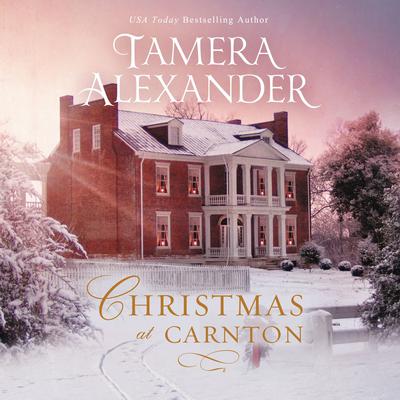 Christmas at Carnton: A Novella

Amid war and the fading dream of the Confederacy, a wounded soldier and a destitute widow discover the true meaning of Christmas—and sacrificial love.

Recently widowed, Aletta Prescott struggles to hold life together for herself and her six-year-old son. With the bank threatening to evict them, she discovers an advertisement for the Women’s Relief Society auction and applies for a position—only to discover it's been filled. Then a chance meeting with a wounded soldier offers another opportunity—and friendship. But can Aletta trust this man?

Captain Jake Winston, a revered Confederate sharpshooter, suffered a head wound at the Battle of Chickamauga. When doctors deliver their diagnosis, Jake fears losing not only his greatest skill but his very identity. As he heals, Jake is ordered to assist with a local Women’s Relief Society auction. He respectfully objects. Kowtowing to a bunch of “crinolines” isn't his idea of soldiering. But orders are orders, and he soon discovers this group of ladies—one, in particular—is far more than he bargained for.

Set against the backdrop and history of the Carnton Plantation in Franklin, Tennessee, Christmas at Carnton is a story of hope renewed and faith restored at Christmas.

“Tamera Alexander conveys the heartache and hardship of being a widow during the Civil War era, even as she invites us to take a deep breath, relax, and become absorbed in Jake and Aletta’s journey. This tender love story between two wounded people whom God brings together for healing is a book readers will enjoy anytime - but especially at Christmas!” —Francine Rivers, New York Times bestselling author
“With heartwarming humor, romance (and recipes) to savor, Tamera Alexander delivers a sweet, second-chance love story between a widow and a wounded soldier. A wonderful Christmas gift for readers everywhere!” —Julie Klassen, author of The Ladies of Ivy Cottage

Tamera Alexander is a bestselling, award-winning novelist whose deeply drawn characters, thought-provoking plots, and poignant prose resonate with readers worldwide. She and her husband live in Nashville, Tennessee, where they enjoy life with their two adult children and Tamera’s father.