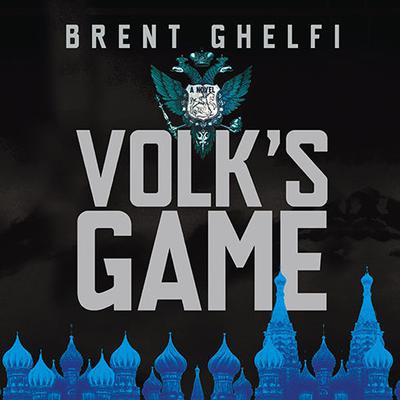 Nominated for a Barry Award

A firefight reverberates through Moscow's dark, rain-soaked streets; shattered glass and screams echo in the air. In the lawless ways of Russia's capital city, the gunmen melt away into the night. Two men are dead, the targets not what they seem. A shadowy figure lopes along the riverbank outside the Kremlin walls. Known to all as Volk, a battle-hardened veteran of Russia's brutal war in Chechnya, he prowls Moscow's grim alleyways, a knife concealed in his prosthetic foot at all times. As both a major player in the black market and a covert agent for the Russian military, Volk serves two masters: Maxim, a psychotic Azeri mafia kingpin with hordes of loyal informers; and a man known only as the General, to whom Volk is mysteriously indebted. By his side is Valya, an exotic beauty charged with protecting her lover from his unsavory associates. Valya is the most dangerous weapon in Volk's arsenal. Together they are commissioned to steal a long-lost da Vinci painting called Leda and the Swan from St. Petersburg's Hermitage Museum. Leda's ethereal radiance is undeniably captivating and incalculably dangerous. Volk must choose which powerful man he will betray in order to escape with the painting—and with his life. With the high-octane rush and vivid intensity of a feature film, Volk's Game delivers at every turn, announcing Alexei Volkovoy as the boldest hero of a new generation.

Stephen Hoye's narration of this thriller is understated yet intense.... His restraint underlines the extent to which violence permeates Volk's world. —AudioFile
“Brent Ghelfi writes like Dostoevsky’s hooligan great-grandson on speed. Volk’s Game is hard, fast, and a truly excellent debut. Highly recommended.” —Lee Child, New York Times bestselling author of the Jack Reacher series
“Volk’s Game is no ordinary thriller: it’s a 500-horsepower Mercedes blasting through the Moscow night…I’m ready to read the next installment NOW.” —Greg Iles, New York Times bestselling author of Turning Angel
“Everything we look for when we read—freshness of setting, intriguing characters, vivid prose, new understandings—is well and truly here. Brent Ghelfi may not know Vincente Huidobro’s work, but in his own he does exactly what that poet counseled: invent new worlds, and be careful what you say.” —James Sallis, author of Drive