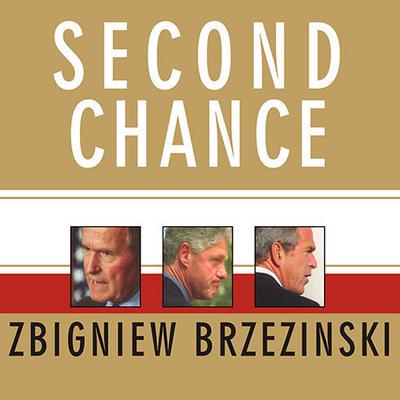 Second Chance: Three Presidents and the Crisis of American Superpower

America's most distinguished commentator on foreign policy, former national security adviser Zbigniew Brzezinski, offers a reasoned but unsparing assessment of the last three presidential administrations' foreign policy. Though spanning less than two decades, these administrations cover a vitally important turning point in world history: the period in which the United States, having emerged from the cold war with unprecedented power and prestige, managed to squander both in a remarkably short time. This is a tale of decline: from the competent but conventional thinking of the first Bush administration, to the well-intentioned self-indulgence of the Clinton administration, to the mortgaging of America's future by the "suicidal statecraft" of the second Bush administration. Brzezinski concludes with a chapter on how America can regain its lost prestige. This scholarly yet highly opinionated book is sure to be both controversial and influential.

Brilliantly provocative.... Brzezinski covers a great deal of ground with dispatch and verve.... His book is never less than exciting. —The New York Times Book Review
“No one understands the interdependence of power and principle better than Zbigniew Brzezinski.” —Jimmy Carter
“Brzezinski has described the challenge of future American leadership with unusual clarity.” —Washington Post

Zbigniew Brzezinski served as national security adviser to President Carter from 1977 to 1981. He is the author of a number of books, including The Grand Chessboard: American Primacy and Its Geostrategic Imperatives and The Choice: Global Domination or Global Leadership.