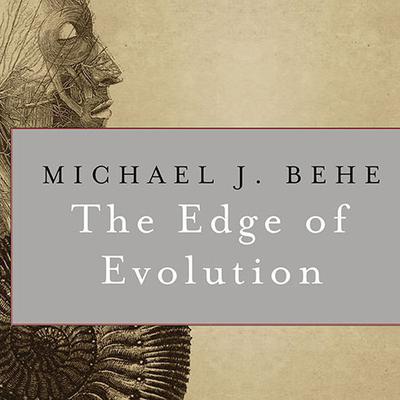 The Edge of Evolution: The Search for the Limits of Darwinism

Michael J. Behe launched the intelligent design movement with his first book, Darwin's Black Box, by demonstrating that Darwinism could not account for the complexity of biochemistry. Now he takes a giant leap forward. In The Edge of Evolution, Behe uses astounding new findings from the genetics revolution to show that Darwinism is nowhere near as powerful as most people believe. Genetic analysis of malaria, E. coli, and the HIV virus over tens of thousands of generations, not to mention analysis of the entire history of the genetic struggle between them and "us" (humans), make it possible for the first time to determine the precise rates, and likelihood, of random mutations of varying kinds. We now know, as never before, what Darwinism can and cannot accomplish. The answers turn conventional science on its head and are certain to be hotly debated by millions. After The Edge of Evolution, life in the universe will never look the same.

“With this book, Michael Behe shows that he is truly an independent thinker of the first order…This book will take the intelligent design debate into new territory and represents a unique contribution to the longstanding question of philosophy: Can observation of the physical world guide our thinking about religious questions?” —Professor David Snoke, Department of Physics and Astronomy, University of Pittsburgh
“In The Edge of Evolution Michael Behe carefully assesses the evidence of what Darwin’s mechanism of random mutation and selection can achieve in well documented cases, and shows that even in those cases that maximize its power as a creative force it has only been able to generate very trivial examples of evolutionary change. Could such an apparently impotent and mindless force really have built the sophisticated molecular devices found throughout nature? The answer, he insists, is no. The only common-sense explanation is intelligent design.” —Michael Denton, MD, PhD, author of Nature’s Destiny
“In crystal-clear prose Behe systematically shreds the central dogma of atheistic science, the doctrine of the random universe. This book, like the natural phenomena it so elegantly describes, shows the unmistakable signs of a very deep intelligence at work.” —Jeffrey M. Schwartz, MD, research psychiatrist, UCLA, and author of The Mind & The Brain

Michael J. Behe is a professor of biochemistry at Lehigh University in Pennsylvania where he has worked since 1985. He has authored more than forty technical papers, but he is best known as the author of Darwin’s Black Box: The Biochemical Challenge to Evolution. He lives near Bethlehem, Pennsylvania, with his wife and nine children.