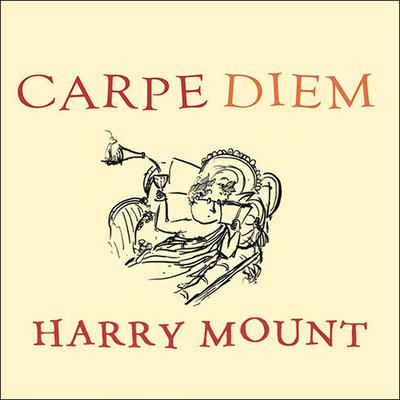 Carpe Diem: Put a Little Latin in Your Life

In this lighthearted guided tour of Latin, journalist and former Latin tutor Harry Mount breathes life back into the greatest language of all, drawing on everything from a Monty Python grammar lesson to Angelina Jolie's tattoos. Filled with fascinating tidbits and humorous asides, Carpe Diem will delight the word lovers who made Eats, Shoots and Leaves such a monster hit. Whether we're aware of it or not, Latin is all around us. Consider the sayings in everyday use: alter ego, ad nauseam, caveat emptor, modus operandi, per se, and, of course, the ever-popular e pluribus unum. Even more abundant are words derived from Latin roots: arena (from harena, meaning "sand"), auditorium ("a place of audience"), stadium (a running track)...and those are just the theatrical ones! It's inescapable. It's also the most daunting of languages, one that is seemingly obscure and filled with arcane rules and often accompanied by unpleasant memories of adolescence. But, as Mount says in Carpe Diem, "Knowing a bit of Latin is an invitation to the biggest room in the building, with a view down the corridor to all the succeeding ages. And you can get your hands on that invitation at any age."

Stephen Hoye maximizes on the author's sense of humor with just the right timing in his delivery and just the right nuance in his voice.... [A] clever narrator. —AudioFile

Harry Mount was a Latin tutor before becoming a journalist. He graduated from Oxford University with a first class degree in ancient history. A deputy comment editor for the Daily Telegraph, he also writes for the Daily Mail, the Guardian, the Sunday Telegraph, and the New York Sun. He lives in London.