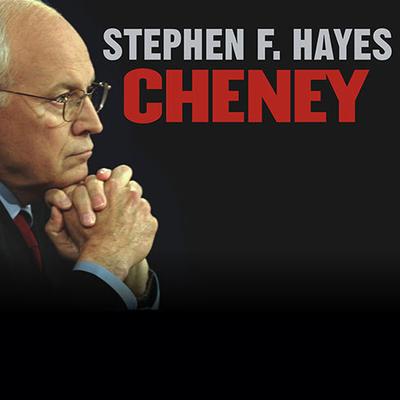 Cheney: The Untold Story of America's Most Powerful and Controversial Vice President

During a forty-year career in politics, Vice President Dick Cheney has been involved in some of the most consequential decisions in recent American history. He was one of a few select advisers in the room when President Gerald Ford decided to declare an end to the Vietnam War. Nearly thirty years later, from the presidential bunker below the White House in the moments immediately following the attacks of September 11, 2001, he helped shape the response: America's global war on terror. Yet for all of his influence, the world knows very little about Dick Cheney. The most powerful vice president in U.S. history has also been the most secretive and guarded of all public officials. "Am I the evil genius in the corner that nobody ever sees come out of his hole?" Cheney asked rhetorically in 2004. "It's a nice way to operate, actually." Now, in Cheney: The Untold Story of America's Most Powerful and Controversial Vice President, New York Times bestselling author Stephen F. Hayes offers listeners a groundbreaking view into the world of this most enigmatic man. Having had exclusive access to Cheney himself, Hayes draws upon hundreds of interviews with the vice president, his boyhood friends, political mentors, family members, reticent staffers, and senior Bush administration officials to deliver a comprehensive portrait of one of the most important political figures in modern times. The wide range of topics Hayes covers includes Cheney's withdrawal from Yale; his early run-ins with the law; the incident that almost got him blackballed from working in the Ford White House; his meteoric rise to congressional leadership; his opposition to removing Saddam Hussein from power after the first Gulf War; the solo, cross-country drive he took after leaving the Pentagon; his selection as Bush's running mate; his commanding performance on 9/11; the aggressive intelligence and interrogation measures he pushed in the aftermath of those attacks; the necessity of the Iraq War; the consequences of mistakes made during and after that war; and intelligence battles with the CIA and their lasting effects. With exhaustive reporting, Hayes shines a light into the shadows of the Bush administration and finds a very different Dick Cheney from the one America thinks it knows.

Stephen F. Hayes is a senior writer for the Weekly Standard and the author of the New York Times bestseller The Connection: How al Qaeda’s Collaboration with Saddam Hussein Has Endangered America. He has been a commentator on many television and radio broadcasts, including the Today show, Meet the Press, The Diane Rehm Show, Fox News Sunday, The O’Reilly Factor, and CNN’s Late Edition. His writing has appeared in the Los Angeles Times, the Philadelphia Inquirer, the Wall Street Journal, the National Review, and the New York Post. He lives on the Chesapeake Bay with his wife and two children.