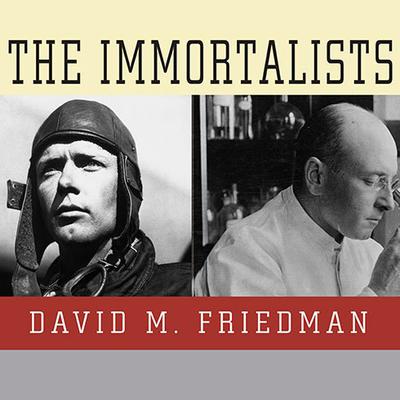 The Immortalists is the fascinating story of the friendship and extraordinary scientific collaboration of two prodigious men: Charles Lindbergh, once the most famous person in the world, and Dr. Alexis Carrel, the Nobel Prize winner regarded by many as the most brilliant surgeon who ever lived. Lindbergh and Carrel met not long after Lindbergh's "victory lap" around the world, which followed his historic solo flight from New York to Paris in 1927. Fueled by their shared goal to find a scientific path to life without death, they spent five years in Carrel's laboratory at the Rockefeller Institute for Medical Research in New York, where they secretly built a machine that could keep organs alive outside the bodies that created them. This device was the forerunner of today's artificial heart and heart-lung machine. Although they obviously failed in their ultimate quest, Lindbergh and Carrel's experiments established them as two of the most ambitious thinkers in modern history, as well as unacknowledged pioneers of biotechnology.

Outstanding history, superbly told —Kevin Baker, author of Strivers Row
“Friedman, who has written for GQ and Esquire, makes complex science accessible and serves as an absorbing cautionary tale on how two heroic reputations were marred by fascism and anti-Semitism.” —Publishers Weekly

David M. Friedman has written for Esquire, GQ, Rolling Stone, Vogue, The Village Voice, and many other publications. He has also been a reporter for Newsday and the Philadelphia Daily News.