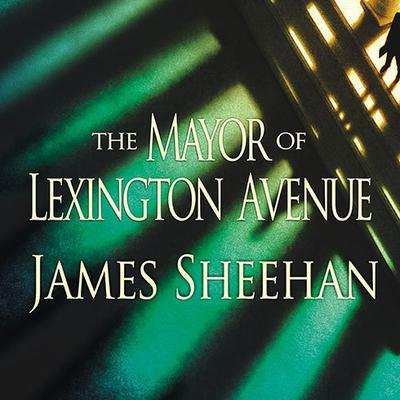 The Mayor of Lexington Avenue

Growing up on the mean streets of New York City, Johnny and Mikey always had each other's back. Mikey was a loyal friend, but even he knew that Johnny was headed for bigger things. That's why he dubbed him the "Mayor of Lexington Avenue." The two friends were inseparable—until one fateful night set them on their different paths: Johnny to life as a high-powered lawyer in Miami, and Mikey to a shattered existence behind bars. Now, haunted by guilt over Mikey's conviction, and numbed by the excesses of a successful life, Johnny finds his one last shot at redemption: A young Florida man is framed for a murder he didn't commit, and Johnny feels compelled to fight for him—and, in a way, for Mikey. But there are powerful people who want the truth hidden, and Johnny will have to risk everything and everyone he cares about to save the young man…and himself.

This is a debut novel, but it reads like it was written by a master of the genre. —Nelson DeMille
“Here’s a legal thriller that’s so good it instantly leaves Grisham and the gang choking on its dust…This is a terrific novel, a genuine literary achievement.” —Booklist (starred review)

James Sheehan is the author of The Mayor of Lexington Avenue and The Law of Second Chances. He was a successful trial attorney for thirty years and currently teaches trial law and is the director of the Tampa Law Institute at Stetson University College of Law in Tampa, Florida.