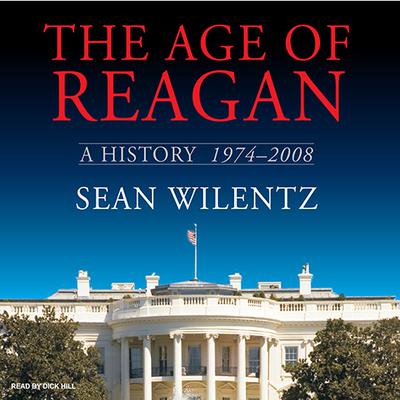 In The Age of Reagan, Sean Wilentz offers a fresh, brilliant chronicle of America's political history since the fall of Nixon. The past thirty-five years have marked an era of conservatism. Although briefly interrupted in the late 1970s and temporarily reversed in the 1990s, a powerful surge from the Right has dominated American politics and government. Wilentz accounts for how an extreme conservative movement once deemed marginal managed to seize power and hold it, and the momentous consequences that followed. Ronald Reagan has been the single most important political figure of this age. Without Reagan, the conservative movement would never have been as successful as it was. In his political persona, as well as his policies, Reagan embodied a new fusion of deeply right-leaning politics with some of the rhetoric and even the spirit of Franklin Delano Roosevelt's New Deal and of John F. Kennedy's New Frontier. In American political history, there have been a few figures who, for better or worse, have placed their political stamp indelibly on their times. They include Thomas Jefferson, Andrew Jackson, Abraham Lincoln, Theodore Roosevelt, Franklin Delano Roosevelt—and Ronald Reagan. A conservative hero in a conservative age, Reagan is either so admired by a minority of historians or so disliked by the others that it has been difficult to evaluate his administration with detachment. The Age of Reagan raises profound questions and opens passionate debate about our nation's recent past.

Sean Wilentz is a professor of American history at Princeton University. He is the author of The Age of Reagan and The Rise of American Democracy, which received the coveted Bancroft Prize. The historian-in-residence for Bob Dylan’s official Website, he has also received a Deems Taylor Award for musical commentary and a Grammy nomination for his liner notes to Bootleg Series, Vol. 6: Bob Dylan, Live 1964: The Concert at Philharmonic Hall.