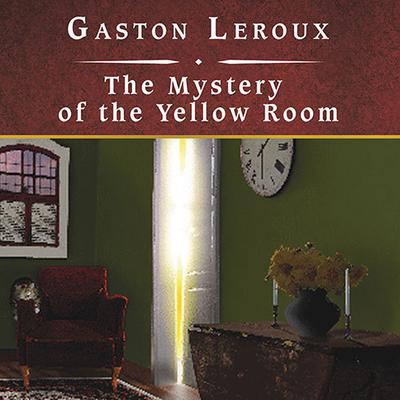 The Mystery of the Yellow Room

The Mystery of the Yellow Room is Gaston Leroux's masterpiece, and it turned out to be his most successful book during his lifetime. It is one of the classics of early-twentieth-century detective fiction. At the heart of the novel is this enigma: how could a murder take place inside a locked room that shows no sign of being entered? The novel is also about the rivalry between the detective Frederick Larson and a young investigative journalist, Rouletabille, to solve the case. Larson finds a suspect who is put on trial, only to have him cleared by Rouletabille, who reveals in the most dramatic fashion the identity of the real murderer. This atmospheric thriller is still a favorite of whodunit fans everywhere.

Gaston Leroux (1868–1927), French novelist, was born in Paris. He earned a law degree in 1889 but turned to journalism in his mid twenties and later sailed the world as a correspondent, reporting on the Russian Revolution of 1905. In the early 1900s, he began writing novels and became best known for The Phantom of the Opera (1910). His novel The Mystery in the Yellow Room sparked the development of detective fiction as a genre.