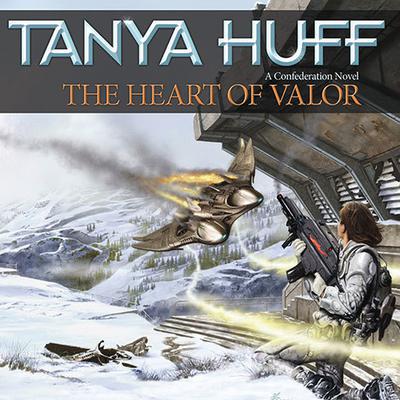 The Heart of Valor

Gunnery Sergeant Torin Kerr was a Confederation Marine's marine. She'd survived more deadly encounters—and kept more of her officers and enlistees alive—than anyone in the Corps, and she was determined to keep that record intact. But since her last mission, she'd been sidelined into endless briefings and debriefings with no end in sight. So, of course, she'd jumped at the chance to go to Crucible—the Marine Corps training planet—as a temporary aide to Major Svensson. The major had been reduced to little more than a brain and a spinal cord in his last combat, and he and his doctor were anxious to field-test his newly regrown body. It should have been an easy twenty-day run. After all, Crucible was only set up to simulate battle situations so that recruits could be trained safely. But they were barely on-planet when someone started blasting the training scenarios to smithereens. Suddenly, Kerr found herself not only responsible for the major and his doctor but caught in a desperate fight to keep a platoon of Marine recruits alive until someone could discover what was happening on Crucible.