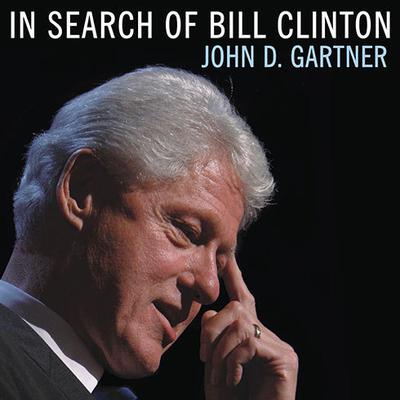 In Search of Bill Clinton: A Psychological Biography

William Jefferson Clinton, the forty-second president of the United States, is undoubtedly the greatest American enigma of our age—a dark horse who captured the White House, fell from grace, and was resurrected as an elder statesman whose popularity rises and falls based on the day's sound bites. John D. Gartner's In Search of Bill Clinton unravels the mystery at the heart of Clinton's complex nature and explains why so many people fall under his spell. Gartner tells the story we all thought we knew, from the fresh viewpoint of a psychologist, as he questions the well-crafted Clinton life story. Gartner, a therapist with expertise in treating individuals with hypomanic temperaments, saw in Clinton the energy, creativity, and charisma that leads a hypomanic individual to success as well as the problems with impulse control and judgment, which frequently result in disastrous decision making. He knew, though, that if he wanted to find the real Bill Clinton he couldn't rely on armchair psychology to provide the answer. He knew he had to travel to Arkansas and around the world to talk with those who knew Clinton and his family intimately. With his boots on the ground, Gartner uncovers long-held secrets about Clinton's mother, the ambitious and seductive Virginia Kelley, and her wild life in Hot Springs, as well as the ghostly specter of his biological father, Bill Blythe, to uncover the truth surrounding Clinton's rumor-filled birth. He considers the abusive influence of Clinton's alcoholic stepfather, Roger Clinton, to understand the repeated public abuse he invited both by challenging a hostile Republican Congress and engaging in the clandestine affair with Monica Lewinsky that led to his downfall. Of course, there is no marriage more dissected than that of the Clintons, both in the White House and on the Hillary Clinton presidential campaign trail. Instead of going down familiar paths, Gartner looks at that relationship with a new focus and clearly sees, in Hillary's molding of Clinton into a more disciplined politician, the figure of Bill Clinton's stern grandmother, Edith Cassidy, the woman who set limits on him at an early age. Gartner brings Clinton's story up to date as he travels to Ireland, the scene of one of Clinton's greatest diplomatic triumphs, and to Africa, where his work with AIDS victims is unmatched, to understand Clinton's current humanitarian persona and to find out why he is beloved in so much of the world while still scorned by so many at home. Gartner's exhaustive trip around the globe provides the richest portrait of Clinton yet, a man who is one of our national obsessions. In Search of Bill Clinton is a surprising and compelling book about a man we all thought we knew.