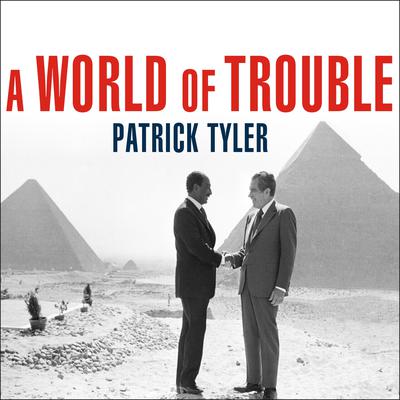 A World of Trouble: The White House and the Middle East---from the Cold War to the War on Terror

The Middle East is the beginning and the end of U.S. foreign policy: events there influence our alliances, make or break presidencies, govern the price of oil, and draw us into war. But it was not always so—and as Patrick Tyler shows in this thrilling chronicle of American misadventures in the region, the story of American presidents' dealings there is one of mixed motives, skulduggery, deceit, and outright foolishness, as well as of policymaking and diplomacy. Tyler draws on newly opened presidential archives to dramatize the approach to the Middle East across U.S. presidencies from Dwight D. Eisenhower to George W. Bush. He takes us into the Oval Office and shows how our leaders made momentous decisions; at the same time, the sweep of this narrative—from the Suez crisis to the Iran hostage crisis to George W. Bush's catastrophe in Iraq—lets us see the big picture as never before. Tyler tells a story of presidents being drawn into the affairs of the region against their will, being kept in the dark by local potentates, being led astray by grasping subordinates, and making decisions about the internal affairs of countries they hardly understand. Above all, he shows how each president has managed to undo the policies of his predecessor, often fomenting both anger against America on the streets of the region and confusion at home. A World of Trouble is the Middle East book we need now: free of cant and ideology, and rich in insight about the very human challenges a new president will face as he tries to restore America's standing in the region.

“An authoritative, richly detailed account of American policy in the Middle East…[Tyler] writes vividly, allowing the reader access to White House meetings, huddles in the corridors of power, seats at international summits.” —New York Times
[Narrator Michael Prichard's] ability to turn laborious historical narrative into nuanced, comfortable sentences makes the story easy to follow and remember. —AudioFile
“Rich in irony and incident, Patrick Tyler’s history of the White House and the Middle East would make instructive reading for the latest occupant of the Oval Office…A lucid and even-handed introduction to a deeply contentious subject.” —Sunday Times (London)
“Patrick Tyler…has written an engaging but idiosyncratic account of US interactions with the Middle East from 1956 onward.” —Washington Post
“Tyler documents not the interest of Israel but the cost in treasure and blood that the United States and the Middle East peoples have paid during decades without a coherent US policy in the region. He shows vividly the damage done by Israeli and Arab leaders alike in persistently bringing too little, too late, to the peace process.” —Boston Globe
“Tyler is forthright in a way American journalists usually are not…[A World of Trouble] completes a formidable charge sheet against the occupants of the White House over the last half century which is, in its page-by-page human detail, as gripping as it is depressing.” —Guardian (London)

Patrick Tyler attended the University of Texas at Austin for one year before moving to South Carolina, where he graduated from the University of South Carolina with a Bachelor’s degree in Journalism. He has worked at the St. Petersburg Times, the PBS Network series Congressional Outlook, and the Washington Post, where he worked for twelve years covering defense, intelligence, and national policy issues. In 1990 he joined the New York Times in Washington as military analyst. His books include Running Critical, A Great Wall, and A World of Trouble. He lives in Washington, DC, with his wife, Linda, an author and teacher.