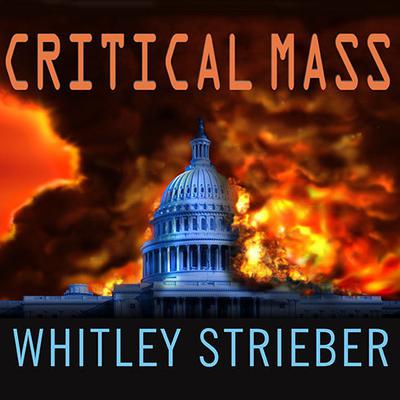 What would we do if a nuclear weapon were detonated in Washington, D.C., and the U.S. government suddenly disappeared? What would we do if a terrorist organization announced that it had concealed nuclear weapons in every major Western city and then demanded that the entire planet embrace its twisted brand of Muslim fundamentalism? In Critical Mass, Whitley Strieber explores this unthinkable but real possibility in a furious story that is almost too terrifying to tell. Nuclear interdiction expert James Deutsch and his Muslim wife, Nabila, struggle to stop an impending nuclear attack on a great American city. Along the way, they delve deep into the hidden world of nuclear terrorism and the experts who strive to contain it, and get a compelling look at the titanic battle within Islam over its own future—fundamentalist and rejecting, or compassionate and life-embracing. Like Strieber's classics Warday and The Coming Global Superstorm, Critical Mass is torn straight from the dark pages of a very dangerous and very possible future.

“Whitley Strieber’s Critical Mass is one hell of a book—a frighteningly plausible conspiracy-thriller that is so real it sometimes feels like an exposé. Nuclear killers; lovers on the run; all-knowing, omnipresent listening and seeing devices—Critical Mass conjures up a world that is terrifying in its technological plausibility—if not probability.” —Douglas Preston, New York Times bestselling author of Blasphemy
“Nothing less than a certifiable page-turner. As I was reading it, I kept seeing the story unfolding on the big screen, just like The Day after Tomorrow. The threat of a nuclear strike against the US is very real and very chilling, as are the kinds of people Strieber has conjured up in this really exciting yarn.” —David Hagberg, USA Today bestselling author of Dance with the Dragon

Whitley Strieber is the author of more than twenty-five novels and works of nonfiction, including The Wolfen, The Hunger, Communion, The Grays, and The Coming Global Superstorm (with Art Bell), which was the inspiration for the film The Day after Tomorrow. His website, Unknown Country, which explores the edge of science and reality, is the largest of its kind in the world.