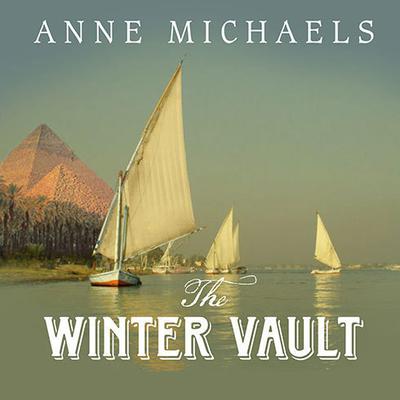 In 1964, a newly married Canadian couple settle into a houseboat on the Nile just below Abu Simbel. Avery is one of the engineers responsible for the dismantling and reconstruction of the temple, a "machine-worshipper" who is nonetheless sensitive to their destructive power. Jean is a botanist by vocation, passionately interested in everything that grows. They met on the banks of the St. Lawrence River, witnessing the construction of the Seaway as it swallowed towns, homes, and lives. Now, at the edge of another world about to be inundated, they create their own world, exchanging "the innocent memories we don't know we hold until given the gift of the eagerness of another." But when tragedy strikes, they return to separate lives in Toronto: Avery to school to study architecture; and Jean into the orbit of Lucjan, a Polish émigré artist whose haunting tales of occupied Warsaw pull her further from Avery but offer her the chance to assume her most essential life. Stunning in its explorations of both the physical and emotional worlds of its characters, intensely moving and lyrical, The Winter Vault is a radiant work of fiction.

Anne Michaels’ first novel, Fugitive Pieces, was an international bestseller, a New York Times Notable Book, and the winner of several awards, including the Lannan Literary Award for Fiction, the Books in Canada First Novel Award, the Guardian Fiction Award, the Trillium Book Award, the Orange Broadband Prize for Fiction, and others. The novel is also the basis for an award-winning major motion picture of the same name. Michaels is also the author of several highly acclaimed poetry collections. She lives in Toronto.