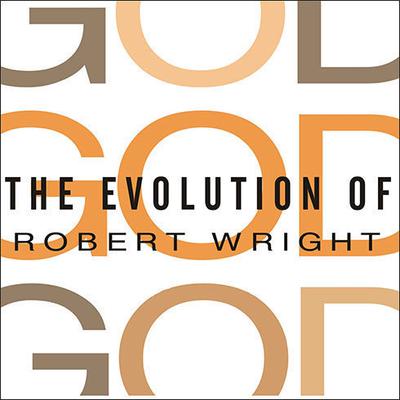 The Evolution of God

Finalist for the 2010 Pulitzer Prize for General Nonfiction

In this sweeping narrative, which takes us from the Stone Age to the Information Age, Robert Wright unveils an astonishing discovery: there is a hidden pattern that the great monotheistic faiths have followed as they have evolved. Through the prisms of archeology, theology, and evolutionary psychology, Wright's findings overturn basic assumptions about Judaism, Christianity, and Islam, and are sure to cause controversy. He explains why spirituality has a role today and why science, contrary to conventional wisdom, affirms the validity of the religious quest. And this previously unrecognized evolutionary logic points not toward continued religious extremism but to future harmony. Nearly a decade in the making, The Evolution of God is a breathtaking reexamination of the past and a visionary look forward.

“His core argument, that religion is getting ‘better’ with each passing aeon, is enthralling.” —The New Yorker
[An] in-depth approach yields original insights. —Kirkus

Robert Wright is the New York Times bestselling author of The Evolution of God, a finalist for the Pulitzer Prize; Nonzero; The Moral Animal; Three Scientists and their Gods, a finalist for the National Book Critics Circle Award; and Why Buddhism Is True. He is the co-founder and editor-in-chief of the widely respected Bloggingheads.tv and MeaningofLife.tv. He has written for the New Yorker, Atlantic, New York Times, Time, Slate, and the New Republic. He has taught at the University of Pennsylvania and at Princeton University, where he also created the popular online course “Buddhism and Modern Psychology.” He is a visiting professor of science and religion at Union Theological Seminary in New York.