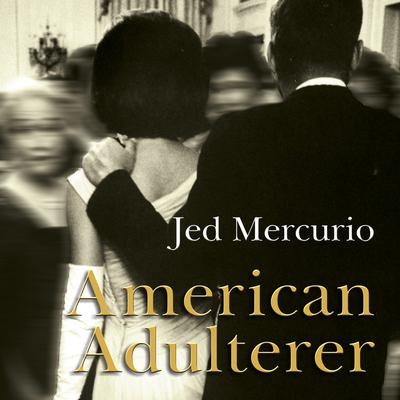 "The subject is an American citizen holding high elected office, married, and father to a young family..." From its opening line, American Adulterer examines the psychology of a habitual womanizer in hypnotically clinical prose. Like any successful philanderer, the subject must be circumspect in his choice of mistresses and employ careful calculation in their seduction; he must exercise every effort to conceal his affairs from his wife and jealous rivals. But this is no ordinary adulterer. He is the thirty-fifth president of the United States, John Fitzgerald Kennedy. JFK famously confided that if he went three days without a woman, he suffered severe headaches. Acclaimed author Jed Mercurio takes inspiration from the tantalizing details surrounding the president's sex life to conceive this provocatively intimate perspective on Kennedy's affairs. Yet this is not an indictment. Startlingly empathetic, darkly witty, and deft, American Adulterer is a moving account of a man not only crippled by back pain but enduring numerous medical crises, a man overcoming constant suffering to serve as a highly effective commander-in-chief, committed to a heroically idealistic vision of America. But each affair propels him into increasingly murky waters. President Kennedy fears losing the wife and children to whom he's devoted and the office to which he's dedicated. This is a stunning portrait of a virtuous man enslaved by an uncontrollable vice and a novel that poses controversial questions about society's evolving fixation on the private lives of public officials and, ultimately, ignites a polemic on monogamy, marriage, and family values.