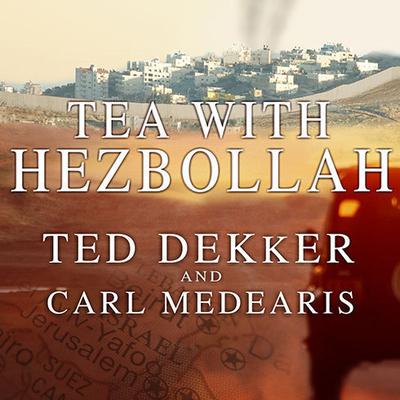 Tea with Hezbollah: Sitting at the Enemies' Table, Our Journey Through the Middle East

Is it really possible to love one's enemies? That's the question that sparked a fascinating and, at times, terrifying journey into the heart of the Middle East during the summer of 2008. It was a trip that began in Egypt, passed beneath the steel-and-glass high-rises of Saudi Arabia, then wound through the bullet-pocked alleyways of Beirut and dusty streets of Damascus, before ending at the cradle of the world's three major religions: Jerusalem. Tea with Hezbollah combines nail-biting narrative with the texture of rich historical background, as listeners join novelist Ted Dekker and his coauthor, Middle East expert Carl Medearis, on a hair-raising journey. They are with them in every rocky cab ride, late-night border crossing, and back-room conversation as they sit down one-on-one with some of the most notorious leaders of the Arab world. These candid discussions with leaders of Hezbollah and Hamas; with muftis, sheikhs, and ayatollahs; and with Osama bin Laden's brothers reveal these men to be real people with emotions, fears, and hopes of their own. Along the way, Dekker and Medearis discover surprising answers and even more surprising questions that they could not have anticipated—questions that lead straight to the heart of Middle Eastern conflict.

Narrator George Wilson has a deep, resonant voice, and he pronounces every word as if it were a cherished object. —AudioFile

Ted Dekker is the New York Times bestselling author of more than thirty novels, with more than ten million books in print. He is known for thrillers that combine adrenaline-laced plots with incredible confrontations between good and evil. His works include THR3E, Blink, Heaven’s Wager, When Heaven Weeps, and more.

Carl Medearis is an international expert in the field of Arab-American and Muslim-Christian relations. He acts as a catalyst for a number of current movements in the Middle East to promote peace-making and to promote cultural, political and religious dialog leading toward reconciliation. He is the author of several books on these issues, including Muslims, Christians and Jesus; Adventures in Saying Yes; and Speaking of Jesus; and is co-author with Ted Dekker of Tea with Hezbollah.