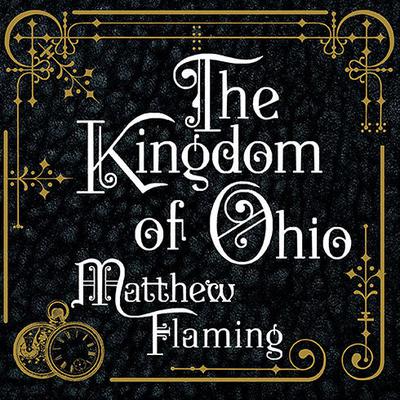 The Kingdom of Ohio: A Novel

After discovering an old photograph, an elderly antiques dealer living in present-day Los Angeles is forced to revisit the history he has struggled to deny. The photograph depicts a man and a woman. The man is Peter Force, a young frontier adventurer who comes to New York City in 1901 and quickly lands a job digging the first subway tunnels beneath the metropolis. The woman is Cheri-Anne Toledo, a beautiful mathematical prodigy whose memories appear to come from another world. They meet seemingly by chance, and Peter initially dismisses her as crazy. But as they are drawn into a tangle of overlapping intrigues, Peter must reexamine Cheri-Anne's fantastic story. Could it be that she is telling the truth and that she has stumbled onto the most dangerous secret imaginable: the key to traveling through time? Set against the mazelike streets of New York at the dawn of the mechanical age, Peter and Cheri-Anne find themselves wrestling with the nature of history, technology, and the unfolding of time itself.

Todd McClaren gives a soft-spoken, carefully navigated reading that allows the author's beautiful descriptions to woo the listener with their simplicity. —AudioFile

Matthew Flaming was born in Los Angeles and studied at Hampshire College and New York University. He is currently director of software development at Temboo, a software company that makes next-generation tools for connecting apps with the cloud. He live in Portland, Oregon, with his wife, daughter, and an overweight Welsh corgi.