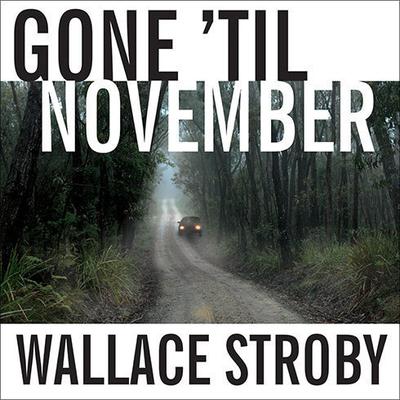 Gone 'til November: A Novel

When Deputy Sara Cross arrives at the late-night scene of a shooting by the side of a deserted highway, she learns that her former partner—also her former lover—fatally shot a twenty-four-year-old man, claiming that the man pulled a gun during what should have been a routine traffic stop. But the details soon point to another scenario, and in order to protect herself and her son, she must follow the truth no matter where it leads. Wallace Stroby delivers a gripping novel that is part modern noir, part intense character study—and totally compelling from start to finish.

“While relentlessly probing the eternal mystery of why bright and capable women fall for dangerous losers, Stroby explores moral choices that leave his devastatingly real characters torn between doing nothing and risking everything.” —Publishers Weekly (starred review)
Wallace Stroby's mastery of character and dialogue is mated to a hellacious narrative engine. His heroine, Sara Cross, is a wonderful creation. —George Pelecanos, New York Times bestselling author of The Way Home