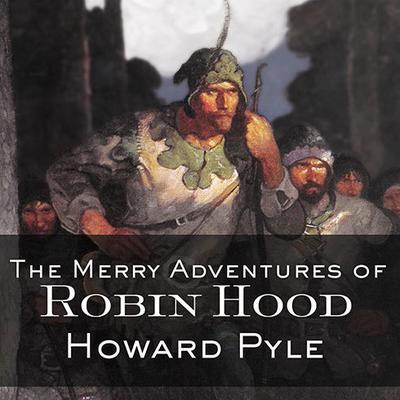 The Merry Adventures of Robin Hood

In merry England, in the time of old, when good King Henry the Second ruled the land, there lived within the green glades of Sherwood Forest near Nottingham Town a famous outlaw whose name was Robin Hood.

No archer ever lived that could speed a gray goose shaft with such skill and cunning as his, nor were there ever such yeomen as the seven score merry men that roamed with him through the greenwood shades. He stole from the rich and gave to the poor, and in so doing became an undying symbol of virtue.

But most important, Robin Hood and his band of merry men offer young audiences more than enough adventure and thrills to keep them listening intently. Filled with action, villains, and surprises, who could resist the arrows flying, danger lurking, and medieval intrigue?

“Vance’s proper British accent and sprightly pacing keep the action humming. Robin Hood sounds like a born leader who is also full of fun and high jinks, and the sheriff’s tones make him seem sufficiently underhanded. Various greedy clergymen are characterized as sly and insincere. Vance appropriately handles songs in the text by singing a line or two and then reading the remaining lyrics in a lilting rhythm. Not just for kids, this audio holds adult appeal as well.” —Booklist (audio review)