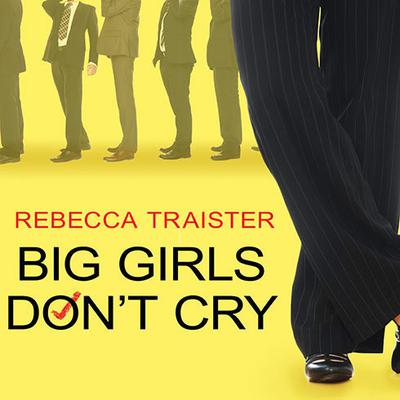 Big Girls Don't Cry: The Election that Changed Everything for American Women

In the last two years, the United States—its history, assumptions, prejudices, and vocabulary—have all cracked open. A woman won a state presidential primary contest (quite a few of them, actually) for the first time in this country's history. Less than a year later, a vice-presidential candidate concluded her appearance in a national debate and immediately reached for her newborn baby. A few months after that, an African American woman moved into the White House not as an employee but as the First Lady. She is only the third First Lady in American history to have a postgraduate degree, and for most of her marriage, she has out-earned her husband. In Big Girls Don't Cry, Rebecca Traister, a Salon.com columnist whose election coverage garnered much attention, makes sense of this moment in American history, in which women broke barriers and changed the country's narrative in completely unexpected ways: How did the volatile, exhilarating events of the 2008 election fit together? What lessons can be learned from these great political upheavals about women, politics, and the media? In an utterly engaging, razor-sharp narrative interlaced with her first-person account of being a young woman navigating this turbulent and exciting time, Traister explores how—thanks to the campaigns of Hillary Clinton and Sarah Palin, and the history-making work and visibility of Michelle Obama, Tina Fey, Rachel Maddow, Katie Couric, and others—women began to emerge stronger than ever on the national stage.

“A passionate, visionary, and very personal account.” —New York Times Book Review
Traister does a fine job in showing that progress does not proceed in straight lines, and, sometimes, it's the unlikeliest of individuals who initiate real change. —Publishers Weekly
“I ended up admiring Traister and loving her book. In its best parts, it is a raw and brave memoir of a journalist who discovered that all is not well for women in America, and a description of how she and other young women are laying claim to their rightful place in the fight…Such a youthful embrace of the women’s work yet to be done is exhilarating—for her generation and for mine.” —Washington Post

Rebecca Traister is writer at large for New York Magazine and a contributing editor at Elle. A National Magazine Award finalist, she has written about women in politics, media, and entertainment from a feminist perspective for the New Republic and Salon and has also contributed to the Nation, the New York Observer, the New York Times, the Washington Post, Vogue, Glamour, and Marie Claire. Traister’s first book, Big Girls Don’t Cry, about women and the 2008 election, was a New York Times Notable Book of 2010 and the winner of the Ernesta Drinker Ballard Book Prize. She lives in New York with her family.