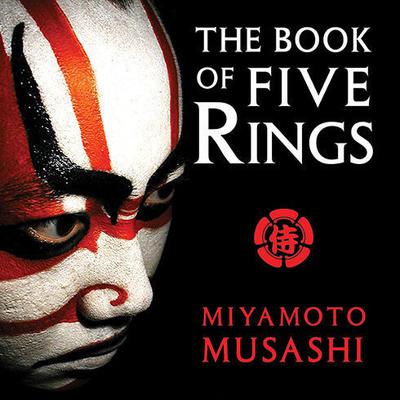 The Book of Five Rings

Setting down his thoughts on swordplay, on winning, and on spirituality, legendary swordsman Miyamoto Musashi intended this modest work as a guide for his immediate disciples and future generations of samurai. He had little idea he was penning a masterpiece that would be eagerly devoured by people in all walks of life centuries after his death. Along with The Art of War by Sun Tzu, The Book of Five Rings has long been regarded as an invaluable treatise on the strategy of winning. Musashi's timeless advice on defeating an adversary, throwing an opponent off-guard, creating confusion, and other techniques for overpowering an assailant was addressed to the readers of earlier times on the battlefield and now serves the modern reader in the battle of life. In this new rendering by the translator of Hagakure and The Unfettered Mind, William Scott Wilson adheres rigorously to the seventeenth-century Japanese text and clarifies points of ambiguity in earlier translations. In addition, he offers an extensive introduction and a translation of Musashi's rarely published The Way of Walking Alone.

Miyamoto Musashi (1584–1645), famed swordsman, was born Shinmen Takezo in Harima Province and may have fought at Sekigahara under the Ukita as a common soldier. He claimed to have defeated his first opponent (a certain Arima Kihei) at the age of thirteen. He wrote that he engaged in sixty duels without suffering defeat once, and he was noted in this regard for his skill at handling two swords at once. Much of Musashi’s life between 1600 and 1640 is the stuff of legend, and some have postulated that he served at Osaka Castle on the defending side, taking quite a few heads in the process. In 1640 Musashi accepted service with the Hosokawa clan and three years later, in Higo Province, began work on his great book The Book of Five Rings. He finished this influential work on swordsmanship in May 1645—the same year he died.