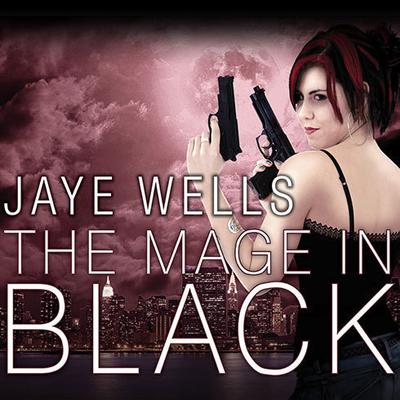 The Mage in Black

Sabina Kane doesn't have the best track record when it comes to family. After all, her own grandmother, leader of the vampire race, wants her dead. So when she arrives in New York to meet her mage relatives, the reunion puts the fun in dysfunctional. Not only is mage culture completely bizarre, but everyone seems to think she's some kind of "Chosen" who will unite the dark races. Sabina doesn't care who chose her, she's not into destiny. But the mages aren't Sabina's only problem. In New York's Black Light district, she has run-ins with fighting demons, hostile werewolves, and an opportunistic old flame. Sabina thought she'd take a bite out of the Big Apple, but it looks like it wants to bite back.

Jaye Wells originally embarked on a series of random career paths, including stints working for a motivational speaker and at an art museum. After several years as a magazine editor and freelance writer, she finally decided to leave the facts behind and make up her own reality. Her overactive imagination and life-long fascination with the arcane and freakish blended nicely with this new career path. Her Sabrina Kane urban fantasy series is a blend of dark themes, grave stakes, and wicked humor. She lives in Texas with her family.