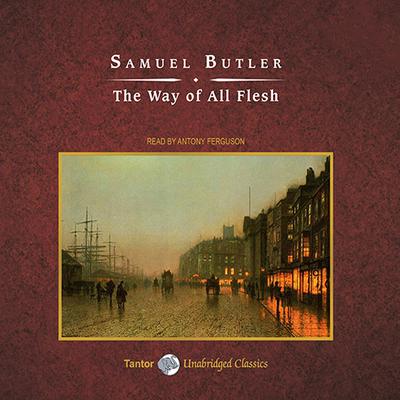 The Way of All Flesh

"I am the enfant terrible of literature and science. If I cannot, and I know I cannot, get the literary and scientific big-wigs to give me a shilling, I can, and I know I can, heave bricks into the middle of them." With The Way of All Flesh, Samuel Butler threw a subversive brick at the smug face of Victorian domesticity. Published in 1903, a year after Butler's death, the novel is a thinly disguised account of his own childhood and youth "in the bosom of a Christian family." With irony, wit, and sometimes rancor, he savaged contemporary values and beliefs, turning inside-out the conventional novel of a family's life through several generations. The Way of All Flesh tells the story of Ernest Pontifex and his struggles with Victorian mores, his restrictive, highly religious family, and Victorian society itself. Butler is remembered as one of the greatest of the anti-Victorians, whose ideas reflected accurately the new, more liberal society that was to come following the death of England's great Queen, and the beginning of a new era.

Samuel Butler (1835–1902) was born at Langar rectory, near Bingham, Nottinghamshire, and was educated at Shrewsbury and St. John’s College, Cambridge. Forever quarreling with his clergyman father, he gave up the idea of taking orders and became instead a sheep farmer in New Zealand. He returned to Britain in 1864 and thereafter lived in London until his death. For a time he studied painting, and his painting of Mr. Heatherley’s Holiday is in the Tate Gallery. He loved music, especially Handel’s, and composed two oratorios, gavottes, minuets, fugues, and a cantata. In his later years he turned to Shakespearean scholarship and published translations of Iliad and Odyssey. He is best known, however, for his autobiographical novel The Way of All Flesh, published posthumously in 1903.