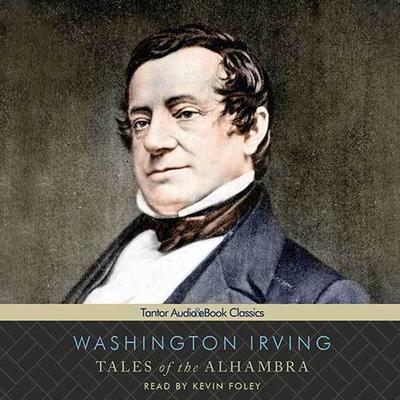 Tales of the Alhambra

One of the most entertaining travelogues ever written, Washington Irving's Tales of the Alhambra is a heady mix of fact, myth, and depictions of secret chambers, desperate battles, imprisoned princesses, palace ghosts, and fragrant gardens, described in a wistful and dreamlike eloquence. Irving, who also penned "Rip Van Winkle" and "Sleepy Hollow," wrote Tales of the Alhambra during a stay at the legendary Alhambra in Granada, Spain. The Alhambra is a combination fort, palace, and gardens dating from the thirteenth century, filled with fantastic Arabic architecture (ornate plasterwork, ceramic tiles, sculpted marble fountains, and archways) and plenty of room for imagining the days of its former greatness, which Irving brings to life most memorably. Even though Tales of the Alhambra is over 170 years old, it seems as if it was written yesterday. There are tales of princes, genies, lost and found loves, enchanted treasures, battles, hellish headless horses, and commentary on the Spanish landscape and nature of the Spaniards that he lives with. Full of bewitching music, the smell of roses and exotic perfumes, fiery sunsets, and the ghosts of the past, Tales of the Alhambra is a sensory treat as well.

Washinton Irving (1783–1859), American essayist, novelist, and historian, was born in New York to a wealthy merchant. He studied law, but because of his delicate health, his family sent him on a tour of Europe, where he collected material later used in his stories and essays. The first American author to achieve international fame, his literary career served in many ways to consolidate the cultures of the United States and Europe.