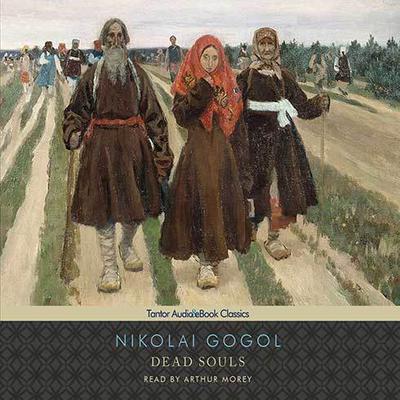 Chichikov, a mysterious stranger, arrives in a provincial town and visits a succession of landowners to make each a strange offer. He proposes to buy the names of dead serfs still registered on the census, saving their owners from paying tax on them, and to use these "souls" as collateral to reinvent himself as a gentleman. In this ebullient masterpiece, Nikolai Gogol created a grotesque gallery of human types, from the bear-like Sobakevich to the insubstantial fool Manilov, and, above all, the devilish con man Chichikov. Dead Souls, Russia's first major novel, is one of the most unusual works of nineteenth-century fiction and a devastating satire on social hypocrisy. This version of Dead Souls is the translation by C. J. Hogarth.

Admired not only for its enduring comic portraits but also for its sense of moral purpose. —Meriam Webster's Encyclopedia of Literature